Why Empathy Is One of the Most Overlooked Skills in Business 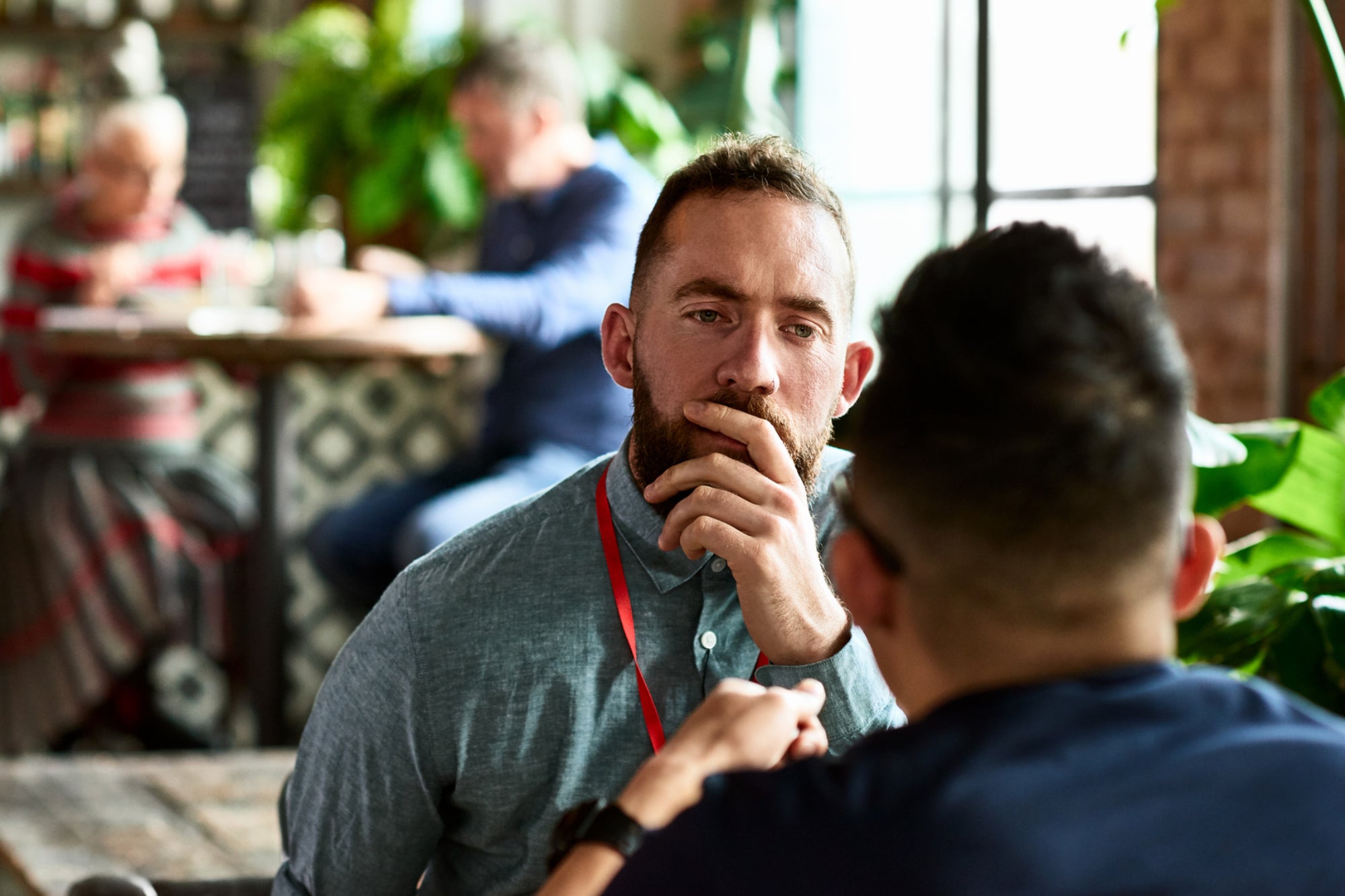 It was a sunny day in April. The air was crisp and the walk ahead of us enjoyable.

I stared at the beautiful Embarcadero situated near our San Francisco office, feeling grateful for working close to such a stunning view.

Then I shifted my gaze over to Tim, my walking mate for the afternoon. We were on one of many walking meetings we’d shared over the past year. But this time was different.

Tim, a normally talkative employee, was dragging his heels and appeared disgruntled whenever I asked for status updates. He kept his head down, answering only in curt replies.

As his supervisor, I could have easily approached his behavior with a stern stance, by grilling him, or asserting my authority. But fourteen-plus years of entrepreneurship have taught me one thing: A harsh, adversarial response is never the answer.

Instead, I slowed my pace and asked him how things were going at home? “Is everything OK?”

Tim confided then that his father had recently had a stroke, and that he was taking turns spending nights at the hospital, leaving him tense and run-down.

I nodded. “I’m so sorry, that sounds very hard.”

“How can I support you?” I offered.

We spent some time talking over how to alleviate some of his load at work, and even scheduled some days off for him to be with his family.

After our conversation, it was as if a weight had been lifted. In our meeting afterward, he began eagerly participating, even offering feedback I hadn’t asked for.

Showing genuine care and concern only took a few seconds of my time, but it was enough to let Tim know that I was on his side.

Empathy — the capacity to recognize and understand other people’s feelings, to “put oneself in someone else’s shoes” is a critical skill. Common sense tells us that it’s a basic human quality most founders would have in their arsenal, but in fact, it’s one that many leaders often get wrong.

In a commencement speech on June 15, 2014, American business magnate and philanthropist, Bill Gates, stood before an audience of Stanford grads and spoke of channeling optimism into a conviction to make things better.

“If we have optimism, but we don’t have empathy,” he said, “then it doesn’t matter how much we master the secrets of science. We’re not really solving problems; we’re just working on puzzles.”

This has been true to my experience as the CEO of my company JotForm. We started with one goal: Create a drag-and-drop tool that enabled people to quickly build forms, even if they didn’t know how to code. As a software engineer, I’ll be the first one to say I’m the biggest nerd I know. I enjoy taking a complex issue and making it easy and accessible.

I’ve had the privilege of growing our small startup to a business with over 250 employees and seven million users world-wide.

And what I’ve learned from being a founder all these years is that people, not software, matter most. Connecting with our team and our customers is the real vision that keeps us moving forward.

I believe the secret to our success lies in empathy.

Our culture admires a certain business stereotype: the die-hard leaders who push the envelope and only care about themselves. But at what price?

A shortage of empathy in the workplace accounts for an increasing lack of employee engagement, which impacts productivity. This costs businesses more than $600 billion per year.

How does this happen? Simple: by confusing empathy with sympathy.

Sympathizing — feeling sorry for an employee’s situation isn’t the same as understanding their feelings and needs, or building rapport.

Instead of becoming annoyed with their employees or commanding them to pick up the slack, effective leaders know how to express themselves by showing real concern and asking how they can improve the situation.

While valuable, sympathy is only a surface-level response that keeps you at a distance.

Empathy, on the other hand, is a perspective shift — it’s genuinely imagining yourself being in the other person’s shoes, and allows you to connect on a deeper level.

Many entrepreneurs mistakenly believe that empathy is something you’re either born with or not. But as CEO of Microsoft, Satya Nadella, emphasizes, empathy is a muscle that needs to be exercised.

Nadella, who went through numerous personal challenges — trying to obtain a green card to come to the United States, building a new life for himself and his family, adjusting to his children’s disabilities — all of these struggles gave him the emotional insight and sensibility to create a collaborative company culture.

He didn’t just relate to employees and customers on an intellectual level, he understood that everyone needs to feel supported in one way or another.

Empathy isn’t only human and caring; it’s also practical, as Peter Bregman points out in a story for Harvard Business Review. It can turn a confrontational conversation into a collaborative one — allowing all parties to arrive at a shared truth.

When we can take our hard lessons learned and channel them into the ways we communicate with our team, we foster engagement. We do this by actively , being open to feedback, and approaching employees with attention and care.

“Empathize first,” Bregman writes. “It doesn’t take long, and it’s not complicated. Just start with the relationship — even if you don’t feel like you have an established one — because showing care and concern is what creates that relationship.”

Simply asking if someone is OK is enough to let them know you’re willing to show up when it counts.